Standing water conditions have been observed on private property and over the roadway during minor rainfall events. Reports have been received of water levels coming close to building finished floors on the east side of Miller Road, and flooding of the day care located at 3851 Miller Road has been documented. Palm Beach County GIS data indicates that a private entity is responsible for maintenance of Miller Road, but Village involvement is needed to establish a positive legal outfall for drainage from this area. 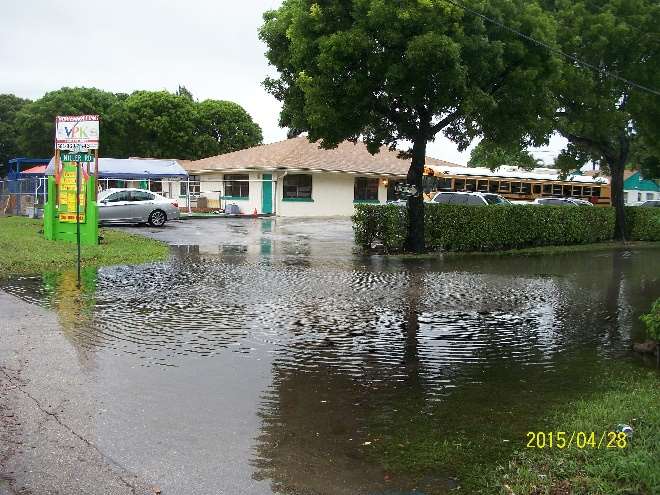 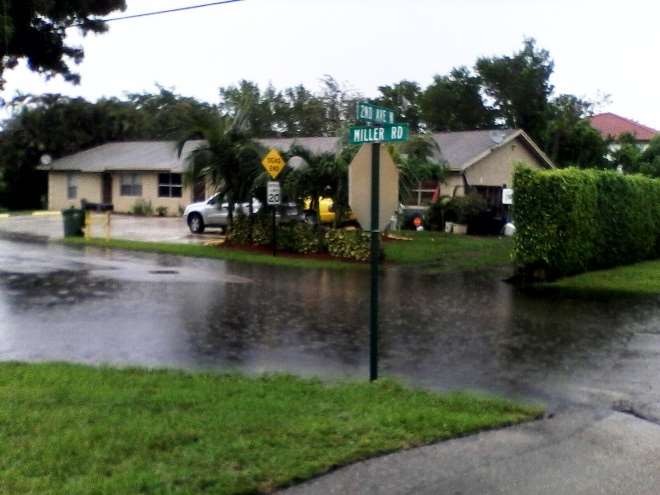 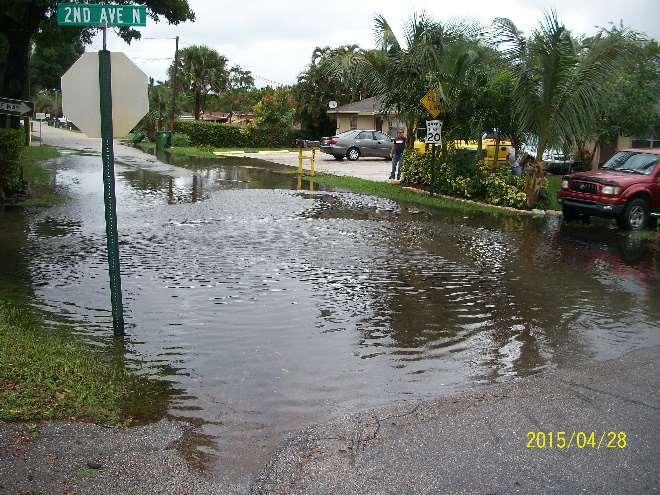 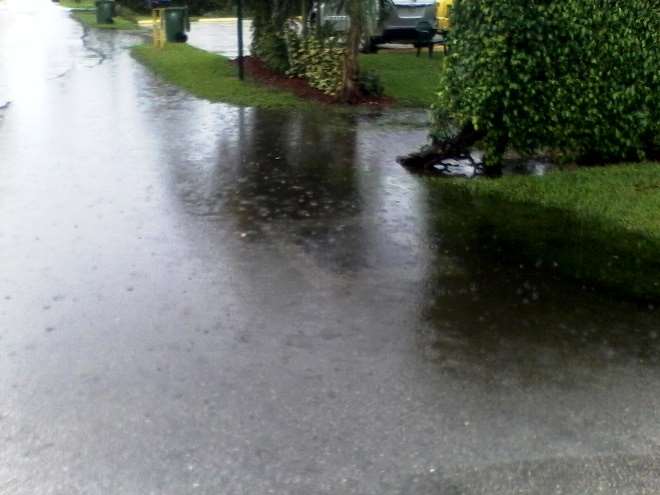 GIS data shows lower elevations at the southern end of Miller Road at the intersection with 2nd Avenue North. The data shows several individual drainage systems which discharge to either Lake Echo or to the LWDD L-11 Canal via a private lake in the Waterview development. Two existing structures are shown at the south end of Miller Road which connect beneath the pavement and may include a length of exfiltration trench, but a clearly defined point of outfall for overflow from this exfiltration trench was not evident. LiDAR data indicates that elevations along Miller Road become lower moving south towards the intersection with 2nd Avenue North. It is possible that building foundations along the sides of the road create barriers which force ponding to occur within the roadway. 2nd Avenue North is at a higher elevation, preventing relief by overland flow to the south. SFWMD ERP No. 50-11256-P for Miller Road Drainage Improvements (Application No. 170119-6, issued to the Village of Palm Springs) covers 2nd Avenue North between Miller Road and the Echo Lake drainage channel located just west of the roadway intersection. An electronic copy of he District letter was located during a search of available records. This letter indicates that the Miller Road drainage improvement project meets the District’s criteria for a de minimus exemption.

The Village’s decision to improve drainage in this area has been initiated under a separate contract. Design plans to date include extending the pipe system westward along the north side of 2nd Avenue North from catch basins at the south end of Miller Road to an existing surface ditch with a direct connection to Lake Echo. Additional considerations for drainage of this area will be taken into account under recommendations for general improvement of drainage along 2nd Avenue North. Improvements in this area can be implemented in two phases. The first phase (currently in progress) is the introduction of a drainage connection from Miller Road to the Village canal system. This will provide the affected area with an outfall for relief from ponding. It was brought to our attention that the Village may want to construct additional drainage improvements along Miller Road in the near future and connect to the future 2nd Avenue drainage system, similar to the proposed Riedel Avenue Improvements. This phase was not a part of the proposed study area, however the Village should consider budgeting a similar amount for this phase of Miller Road Improvement as the Riedel Avenue Improvements. The additional improvements under a future phase should address the installation of a roadway drainage system along the full length of Miller Road, swale improvements, and maintenance or replacement of the existing exfiltration trench at the intersection with 2nd Avenue North.

Approvals for potential grant funding from the Florida Department of Environmental Protection FDEP) and the Army Corps of Engineers may allow the Village to secure additional funding in support of this project.

The estimated cost of the current phase of improvements for Miller Road is $70,000. A detailed Opinion of Probable Construction Cost and Construction Drawings are attached. Additional improvements for this area have not yet been quantified. For the purposes of this study, we recommend allocating a budget of $320,000 as the size and scope are comparable to the proposed improvements associated with Area No. 21: Riedel Avenue. 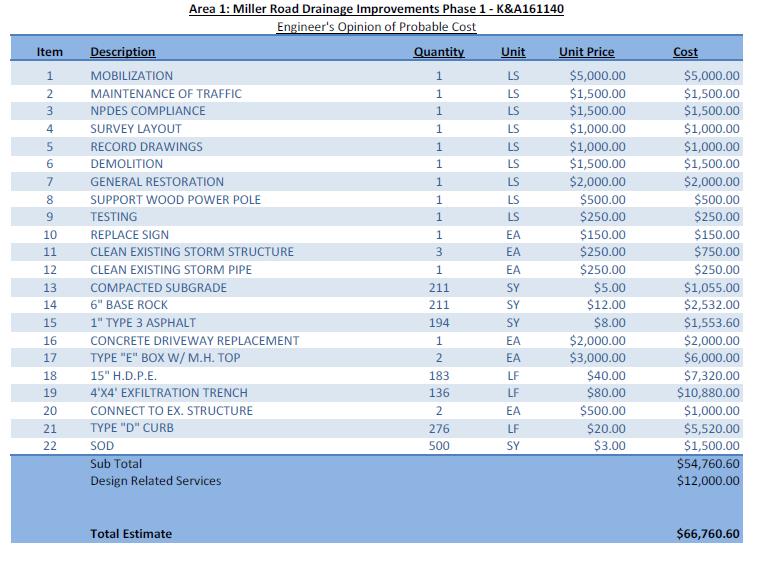