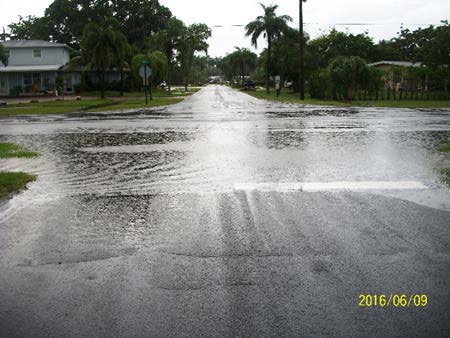 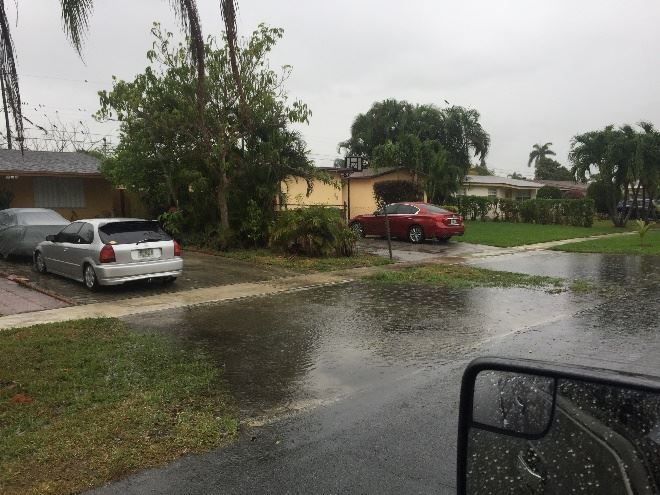 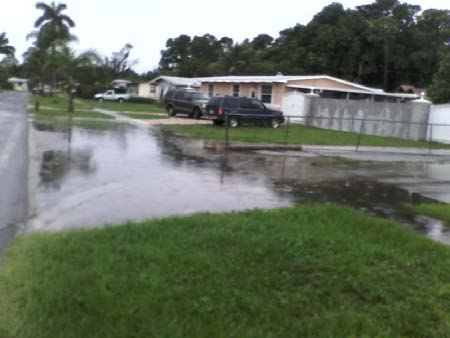 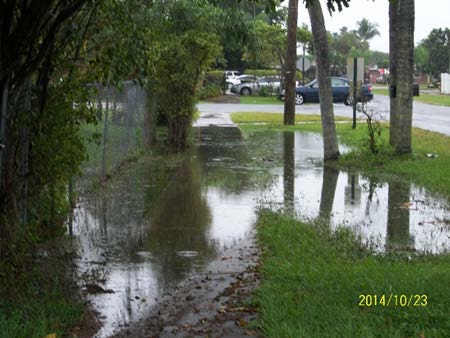 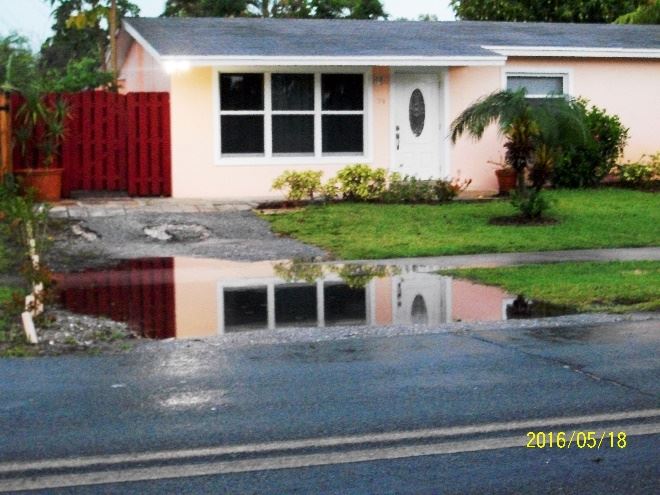 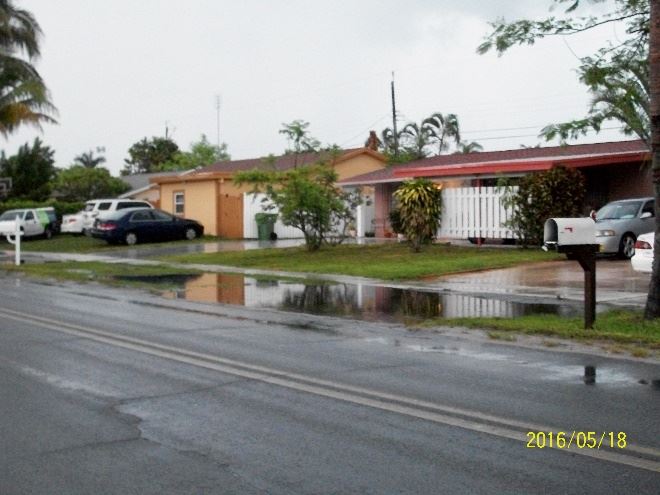 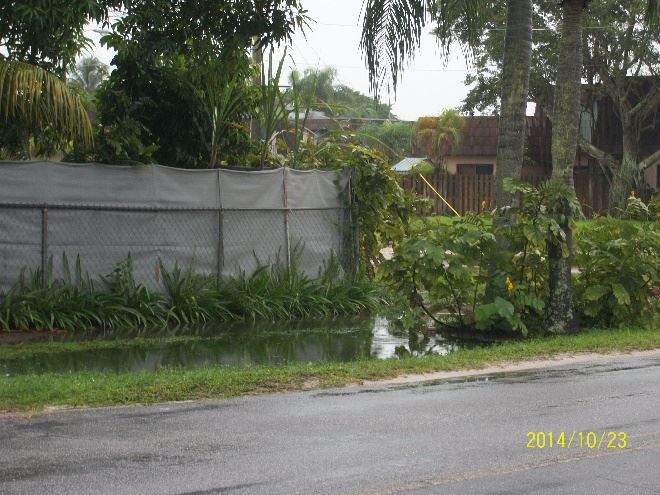 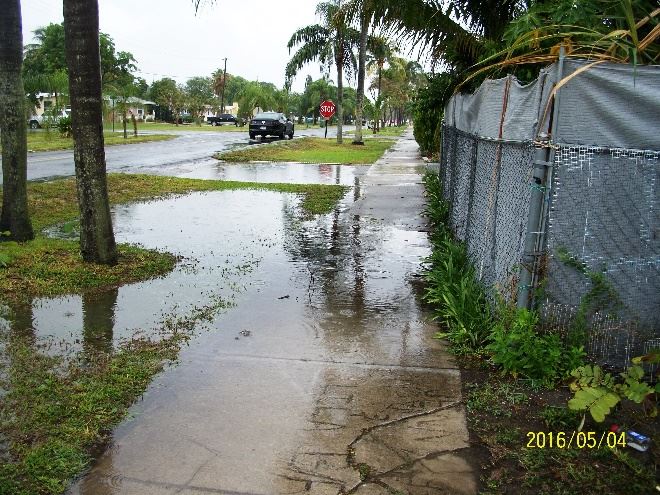 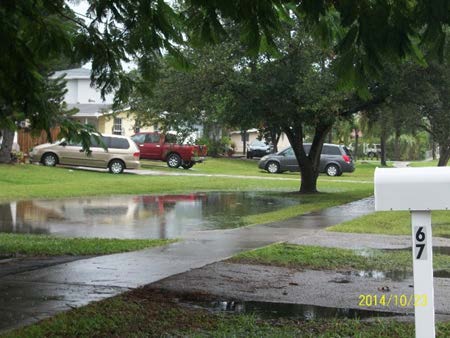 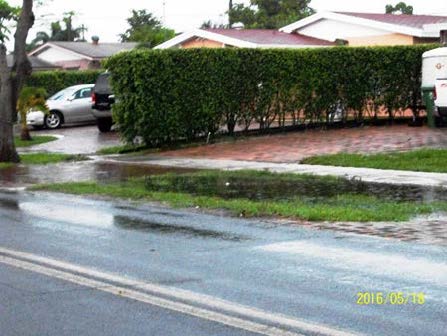 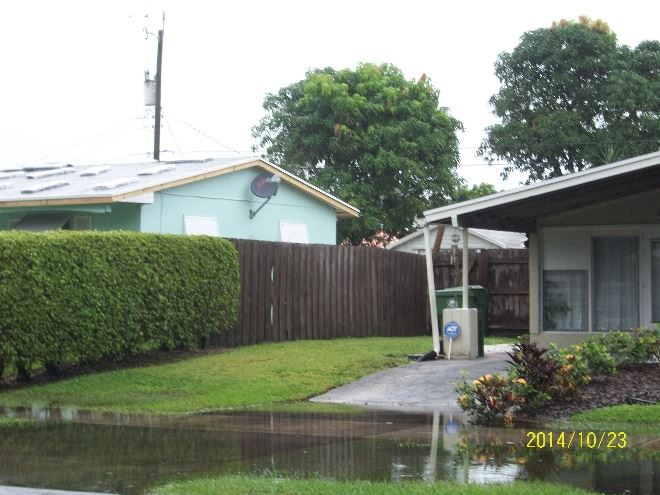 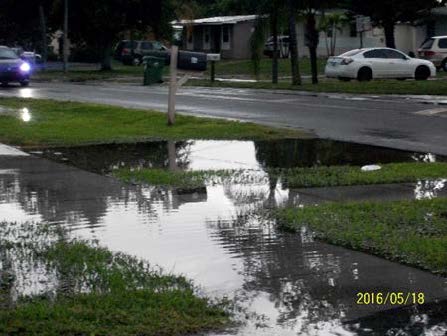 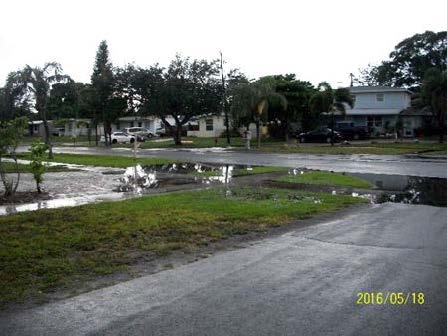 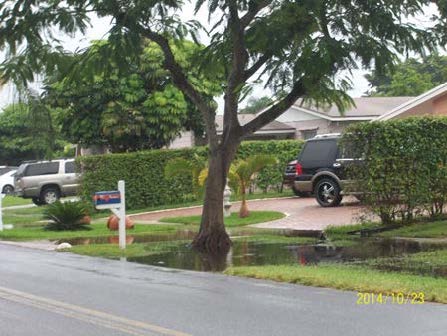 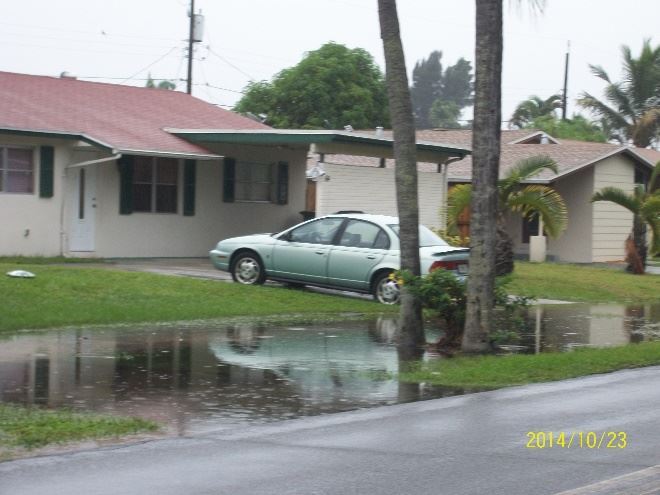 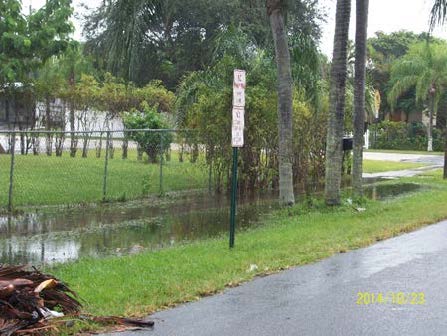 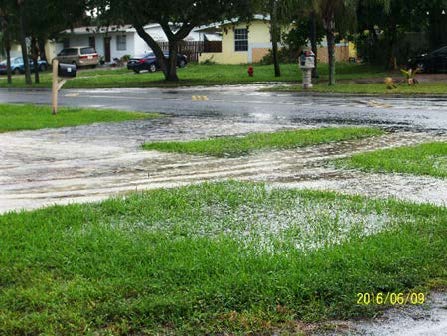 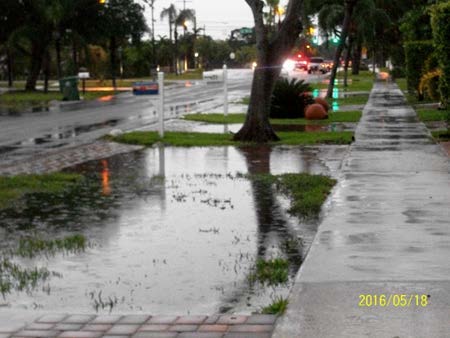 It appears that roadside swales are intended to direct stormwater runoff into the existing catch basins within the project area. Stormwater runoff is trapped and unable to reach these basins in some areas, most notably along Davis Road just north of Jamaica Way and along Barbados Drive midway between Jamaica Drive and Morgans Way.

A drainage basin map was generated using LiDAR information and to review the apparent high and low areas within the basin. The LiDAR information indicates that Davis Road is lower than the streets in the neighborhood, most noticeably along the swales between the sidewalk and roadway. Typically the back of sidewalk is a good indication of the limits of the road right-of-way, however, Davis Road has a right-of-way width of 160’ with approximately 20’ between the sidewalks and the property line; the catch basins are located west of the sidewalk within this 20’ section and the sidewalks is essentially a ridge between the roadway and the catch basins.

The existing drainage system within this project area was not previously permitted with the SFWMD.

The existing piped drainage systems should be extended to reach the lower lying areas within the basin. Additional catch basins should be located along Davis Road, as this is heavily traveled roadway with minimal slope between high and low points along the roadway. Catch basin should also be installed in between the sidewalk and the roadway along the west side of Davis Road. The outfall for the catch basin along the southern portion of Davis Road within the basin will need to be reconstructed, as there is no apparent outfall within the L-11 Canal.

The existing drainage system should be cleaned and videoed for further assessment and the swales and driveways should be restored as necessary to direct stormwater runoff to the existing and proposed catch basins.

A schematic exhibit has been generated with approximate locations for additional catch basins based upon the topographic LiDAR data. The topographic information is not detailed enough to determine the extent of driveway and swale repairs, so for budgetary purposes, it is assumed that all driveways will need to be replaced and swales need to be restored. This will need to be determined within the detailed engineering design for the project.

The proposed system will outfall through existing structures to either the lake in Sago Park and the LWDD L-11 Canal. Approval by the Lake Worth Drainage District will be required prior to construction.

The estimated cost of the proposed improvements is $1,265,000. Please see the detailed Opinion of Probable Construction Cost and Schematic Design Drawing and Drainage Basin Exhibit enclosed. 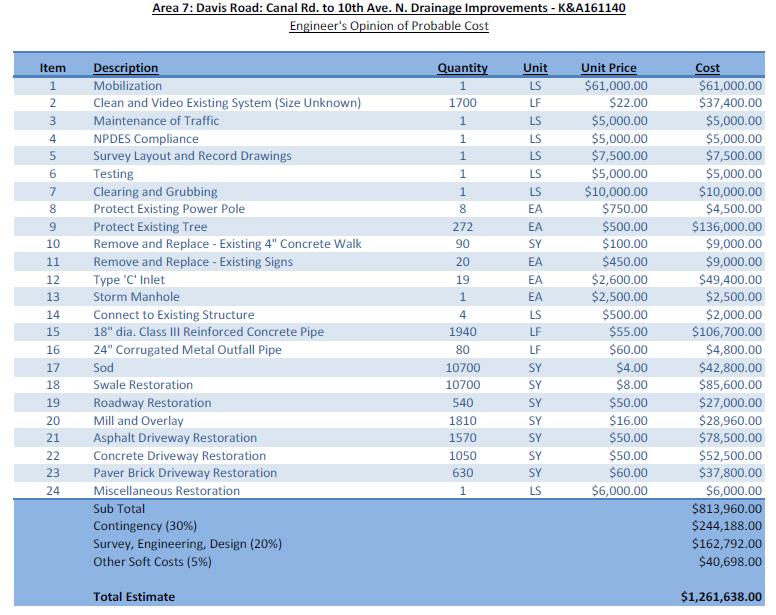